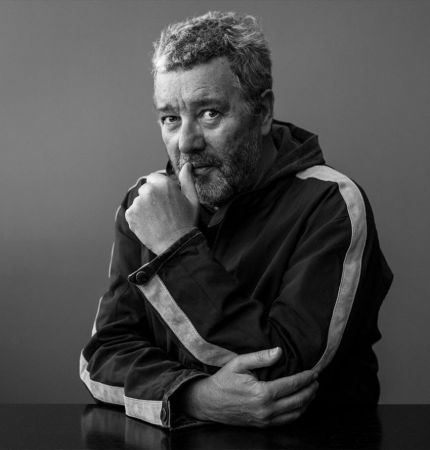 French designer and architect, Philippe Starck, expresses his conception of useful intelligence through products that are first functional that beautiful.

He was born in Paris in '49 and is still considered one of the main exponents of European design, as well as being known as an architect. As such he realizes the projects of various premises in Paris, Tokyo and New York. Still a student at the Notre Dame of Saint Croix in Neully, he started the production of inflatable furniture in 1968, thanks to which he later began to receive prestigious work assignments. In 1974 he moved to the United States and then returned to Paris a few years later. The firm in his name, the 1979 Starck Product, was founded to market previous creations. Of particular relevance is the Juicy Salif citrus juicer designed for Alessi and now an icon among its creations, a sort of "cult object". For a certain period of time Stark also holds the position of professor at the Ecole Nationale Supérieure des Artis Décoratifs. He won important prizes such as the Grand Prix National de la Creation Industrielle and the Honor Award of the American Institute of Achitetcts in '92, for the Paramount Hotel in New York. In 200 he redesigned the collection of Emeco, the American company that produces the famous Navy Chair, a chair made of aluminum and finished by hand, designed for the U.S. Navy featured in Hollywood films, New York bars and in Frank Gehry's Villas. He collaborates with many companies including Kartell, Cassina, Flos, Driade, Alessi, Aprilla, Emeco, Fiam, Magis, Cerruti Baleri and many others.

Order by name or price: